The magazine that pulled back the curtain on movie special effects, Cinefex, is making its move to the iPad, and you have a chance to nab the entire digital archive. Plus, a group of scientists want to bring zombie ants to your living room (figuratively speaking), and two funny horror comics are headed to print. Cinefex Classic Collection for iPad Since 1980, Cinefex Magazine has taken us behind the scenes of special effects and animation in film. It documented the secrets of 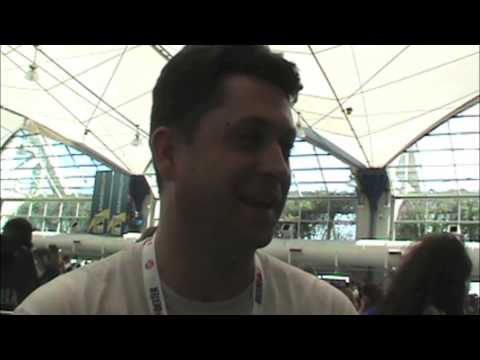 Bleeding Cool’s Kickstarter Correspondent, Shawn Demumbrum has lead three Kickstarter campaigns to launch comic books, two successfully funded and one that wasn’t. Each week he will point out some of the unique Kickstarter projects that wouldn’t normally be published by the big comic book companies, but deserve your attention. Shawn is the Manager of Comic Book Programming for the Phoenix Comicon. He is currently working on the Nothing Can Stop Me Now: Stories Inspired by

Where do little monsters learn how to go bump in the night? Duh. Monster School. Unfortunately for Desmodus the vampire, Lukos the werewolf, Francesca the promethean, Rags the mummy, and Gilda the… Black Lagoon-ian, their school has been shut down by the FBI, and now they have to endure a true horror: human elementary school. Yuck. Monster Elementary is a new graphic novel that collects various stories about these kids and their school-bound adventures that looks like a ghast

There’s Monster University, Monster High and soon, with a little help from Kickstarter, Monster Elementary. Written by Nicholas Doan, the graphic novel is an all-ages comedy adventure about five monster children — there’s a vampire, a werewolf, a laboratory-constructed girl, a mummy and a lagoon creature — who are forced to attend public school after their private monsters-only institution is raided by the FBI. The 90-page book will feature short stories illustrated by the li

Press Release: “Monster Elementary and the Egyptian Curse!” Wins a Bronze Medal in the 2017 Indepen

The Business of Art: Podcast Interview with Nicholas Doan and Gwendolyn Dreyer

Press Release: Monster Elementary and the Egyptian Curse!, the Second Graphic Novel in the Monster